An international team has completed the conservation of a mural by Keith Haring at the Food Center Amsterdam on Jan van Galenstraat in the Dutch capital. The gigantic mythical beast, measuring 12 by 15 metres, has now been preserved for future generations. The project was jointly facilitated by the Marktkwartier development company, consisting of the developers VolkerWessels Vastgoed and Ballast Nedam Development, together with the Municipality of Amsterdam, the Stedelijk Museum Amsterdam and the Keith Haring Foundation.

The mural is painted on an exterior wall of the former cold storage facility at the Food Center Amsterdam, which is currently being redeveloped into a new residential area, with around 1,700 homes and complementary facilities, alongside the businesses that make up the Food Center.

Marieke van Doorninck, alderperson for Spatial Development & Sustainability of the City of Amsterdam, is closely involved in the redevelopment project: “This is a special place where lots of Amsterdam residents will find new homes. That’s why I’m very pleased that this beautiful work by Keith Haring has been conserved. It will not only add a special value to this area for future residents, but also for all other Amsterdammers and anyone who loves art.”

Fenna Ulichki, chair of the District Council for Amsterdam-West: “It’s fantastic that this hidden gem can be admired again in all its beauty after almost 35 years. Keith Haring’s mural combines some of the city’s best characteris¬tics, in that it is rebellious, free-spirited and playful.”

The conservation was led by Will Shank, a US citizen based in Barcelona, Spain, and Antonio Rava, who lives and works in Turin, Italy. Antonio Rava: “This mural has a very special conservation story, having been covered for more than twenty years behind metal cladding. The alkyd paint recovered under the cladding, stained in several points from rust, was severely cracked and blistered and showed several losses almost the size of a brick. The result of our conservation work is a recovery of the artist' s way of painting, revealing the dripping of the paint and the brushstrokes that - before conservation - were less visible.” The mural in Amsterdam is one of the largest works by Keith Haring on view in a public space in Europe.

The developers of Marktkwartier West (Ballast Nedam Development and VolkerWessels Vastgoed) released a joint statement expressing their enthusiasm: “The Keith Haring mural has been part of the district’s unique DNA from the start. This special piece of cultural heritage will be one of the connecting features between the Market Quarter West and the surrounding districts. The coming years will see the construction of a highly sustainable and diverse district, where art, culture and rich history will complement pleasant living and recreation in an urban-park setting.”

The mural is located on the premises of Food Center Amsterdam, which will be redeveloped by Ballast Nedam Development and VolkerWessels Vastgoed in the coming years, alongside 1,700 homes and complementary facilities in a sustainable urban district, where green areas and biodiversity will be key features. The wholesale premises of the Amsterdam Food Center will move to the area behind the monumental Centrale Markthal. The fully modernised premises, with upgraded sustainability features, will ensure that the Food Center can continue to meet the city’s food-distribution needs for years to come. The Centrale Markthal will become the centrepiece of the area, amid the future homes and bustling businesses of the Food Center. Heritage developer BOEi will repurpose this protected building into a dynamic civic centre for food-related businesses, hospitality and other public purposes. 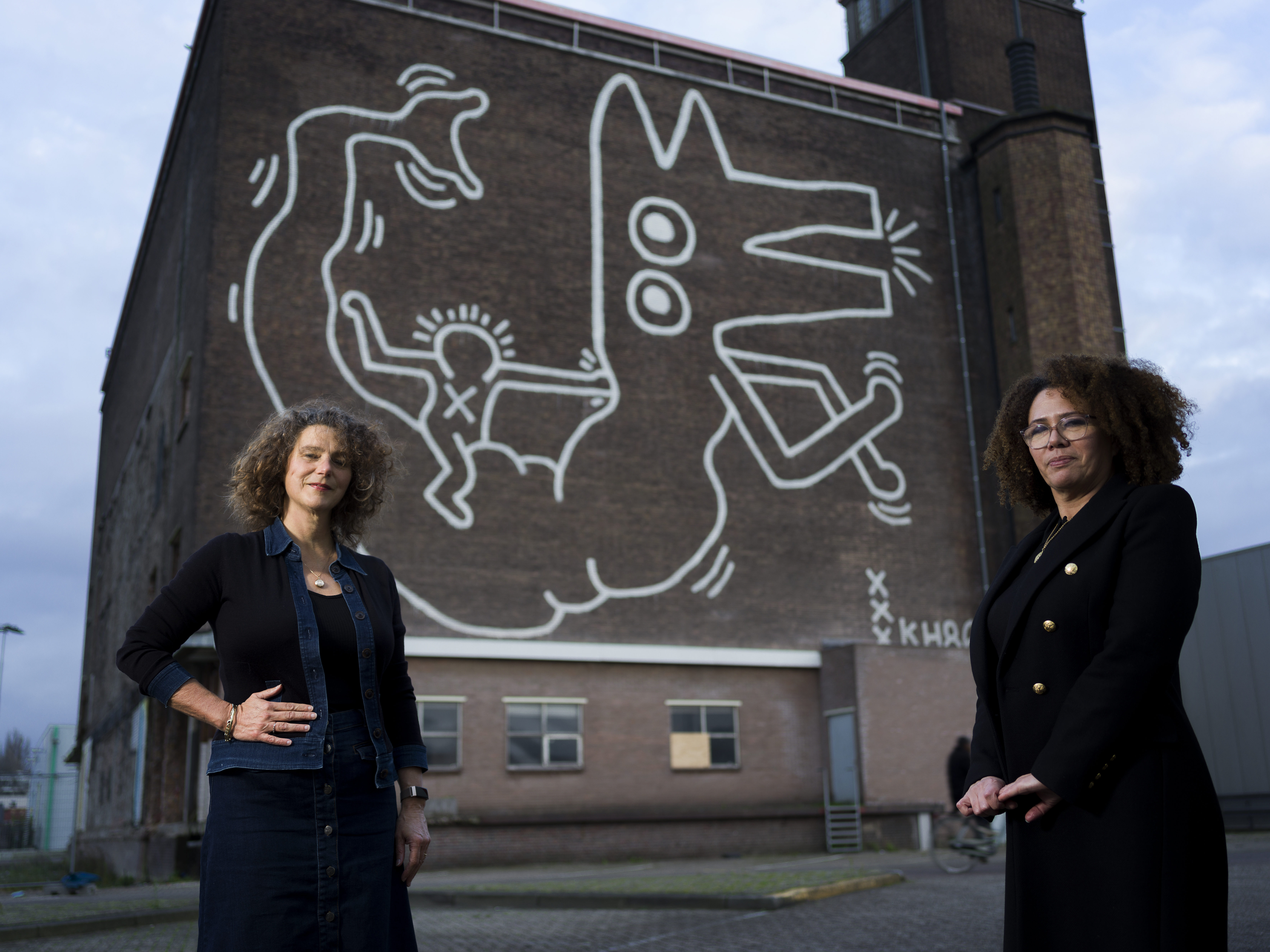